13 places you have to visit in San Francisco

San Francisco is a cultural hub, and a beautiful bustling city located in California. It has some of the most stunning natural wonders in America, and a general atmosphere of liveliness and positivity.  With beautiful weather and amazing attractions, San Francisco is a fantastic place to visit.

As well as having a lot to offer in the present, the city also has a fascinating history that many visitors enjoy learning about.

In this article, we’ll cover 13 places that anyone who visits the city would have to be an idiot to miss out on. So if you’re thinking of visiting at any point, make sure to take notes! 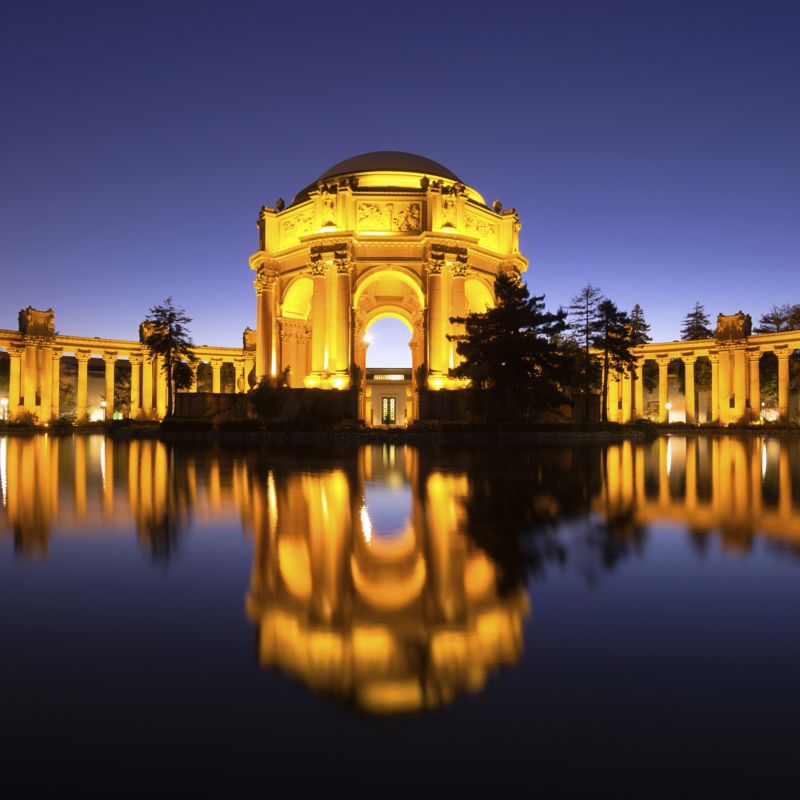 The first place on this list is a relic of history that still inspires to this very day. The palace of fine arts. The palace was originally built in 1915 (over 100 years ago). Ever since it was built for the Panama-Pacific Exposition, it has been the place to go for art exhibitions. Since the original building, it has been rebuilt in 1965 and renovated in 2009. As well as the exhibitions, it’s also a lovely wedding arena. Or even just a nice building to look at. 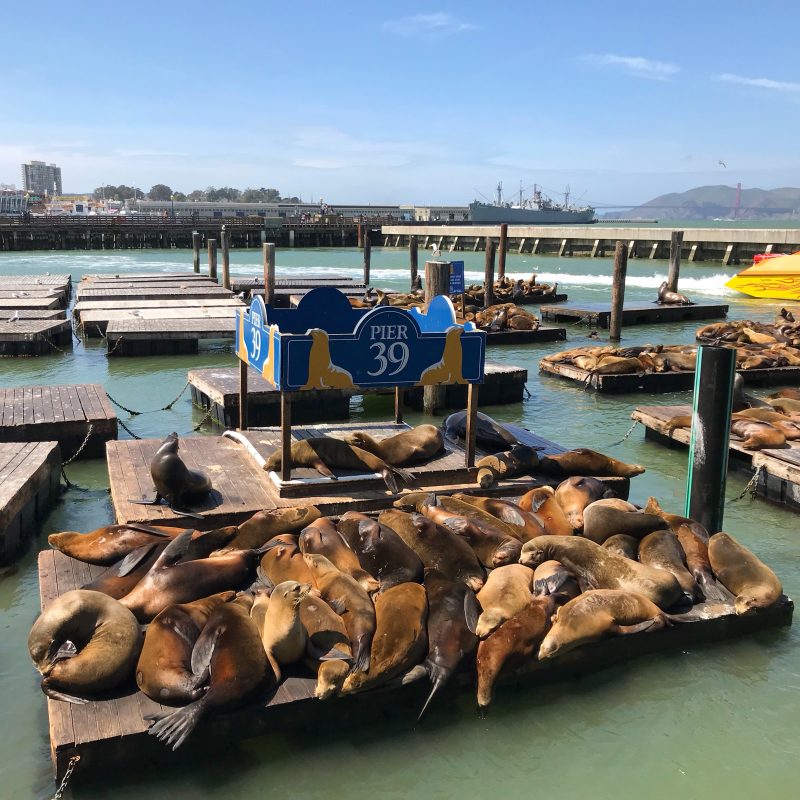 The second item on this list isn’t really an item at all. In fact, it’s more of an area in general. Fisherman’s Wharf.Although this area isn’t the cheapest place in the city, it’s well worth splashing out a bit extra for the experience. Originally, Fisherman’s Wharf was the go-to place for fishermen to be able to relax, shop, and enjoy a drink. Since then, it has grown to be just as popular with tourists as it is with locals. 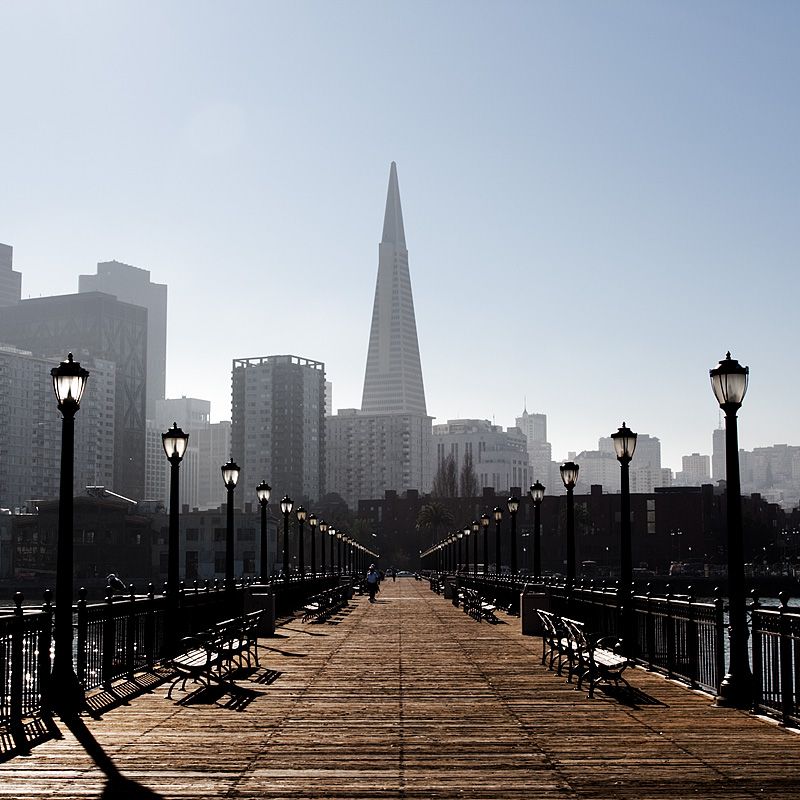 If you go to New York, you might be tempted to go to Wall Street. If that’s the type of person you are, then it’s vital that you go to The Financial District.

And if tall buildings are your thing, then the Transamerica Pyramid is a must see as it’s the tallest building in San Francisco.

Another area of San Francisco that you should visit is North Beach. The area is essentially San Francisco’s Little Italy due to its high Italian American population.

This unique neighbourhood has a mixture of modern homes such as apartment complexes and Victorian homes that date back from the 1920s.

North Beach is the ideal location for young people as it has plenty of bars and nightclubs to explore.

And of course, plenty of beaches. This makes it perfect for those who are after a dip in the sea, a relaxing time by the beach, or an alcohol-based get away. 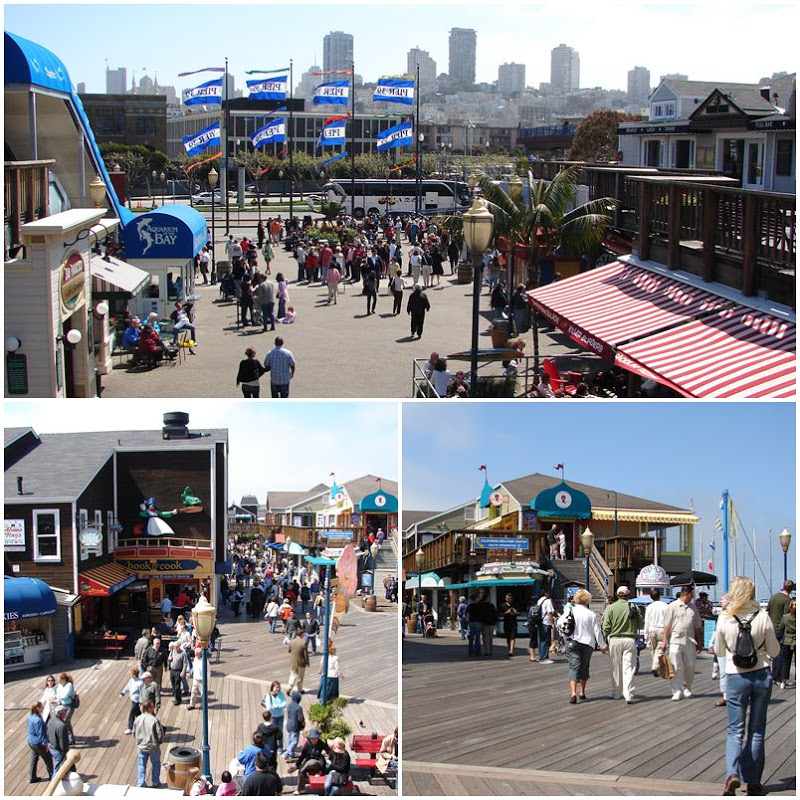 What would a holiday be without a nice shopping trip. Everyone loves to look at clothes, try them on, and buy a new outfit- even those who don’t admit it.

To do this, the best place to be in San Francisco is Pier 39. What sets this place apart from most other shopping centres in the world is that it’s built on an old pier.

Ever since 1978, Pier 39 has been the go-to place for everyone’s shopping needs. 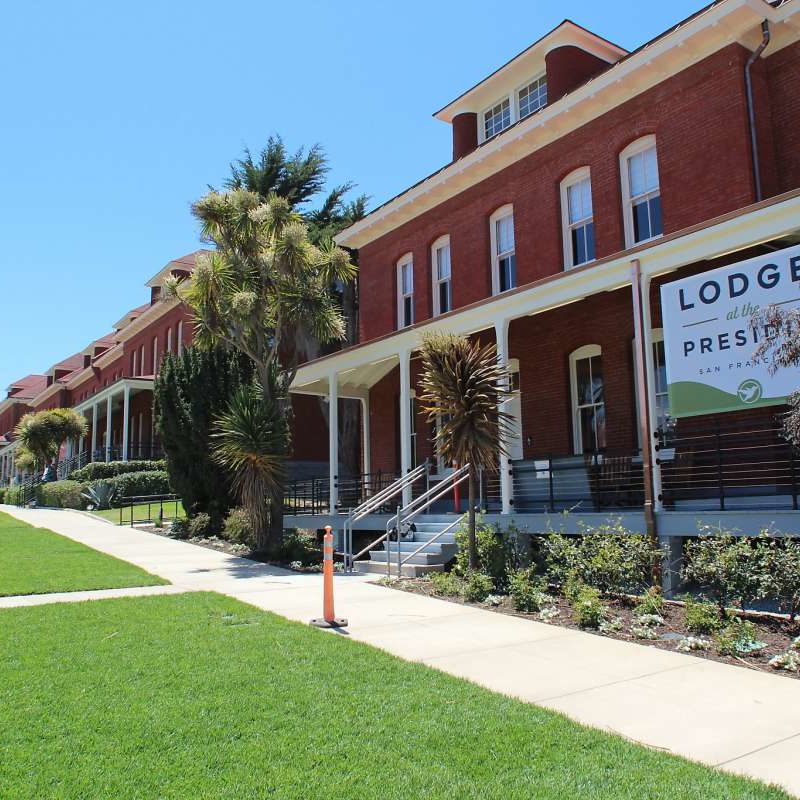 In San Francisco, the Presidio is a former military fort that has since been changed into a park. This part is a great opportunity for you to escape from the hustle and bustle of the city and admire the plants and animals that live there. It’s almost like being out in the countryside.

But unlike the countryside, you can easily return to the city when you get bored. 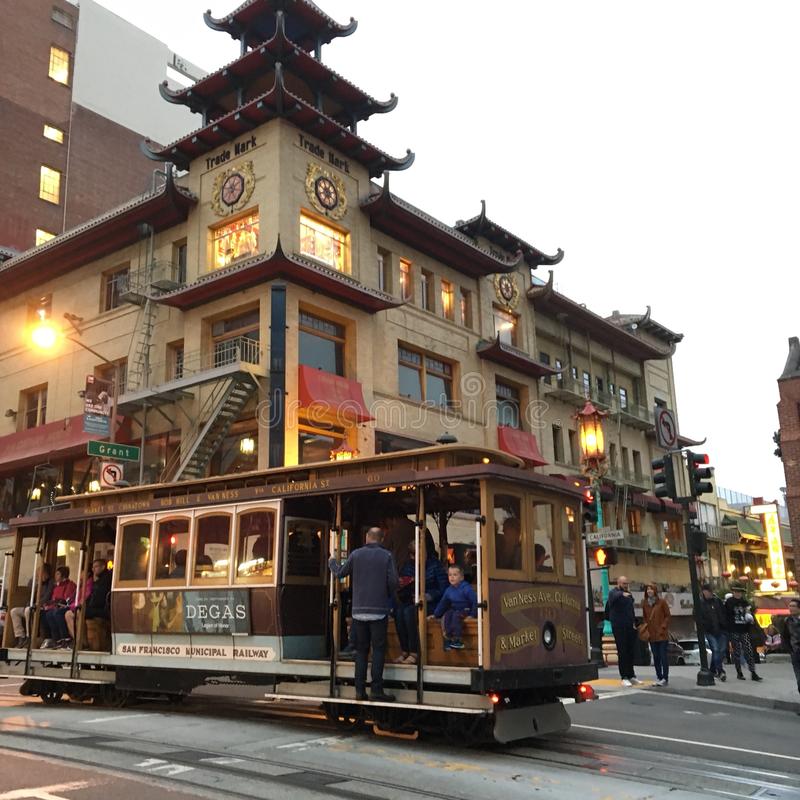 Most large cities in the world have a Chinatown. San Francisco is no exception.

Did you know San Francisco has the oldest and second largest Chinatown in North America. If you want to experience China, this is ideal as many of the residents do not speak English at all. This means that your experience will not a watered down version tailored to westerners but instead just like being in China.

If you’re visiting the Fine Arts Palace, you might want to visit the neighbourhood where it’s located. The Marina District.

As well as the Palace, the best thing about this district is the people who live there. They are friendly, welcoming, and youthful. Yet there are a few old folks who love to talk to the visitors. If you want to see a side to San Francisco that most tourists don’t usually get to see, then The Marina is the place to go. 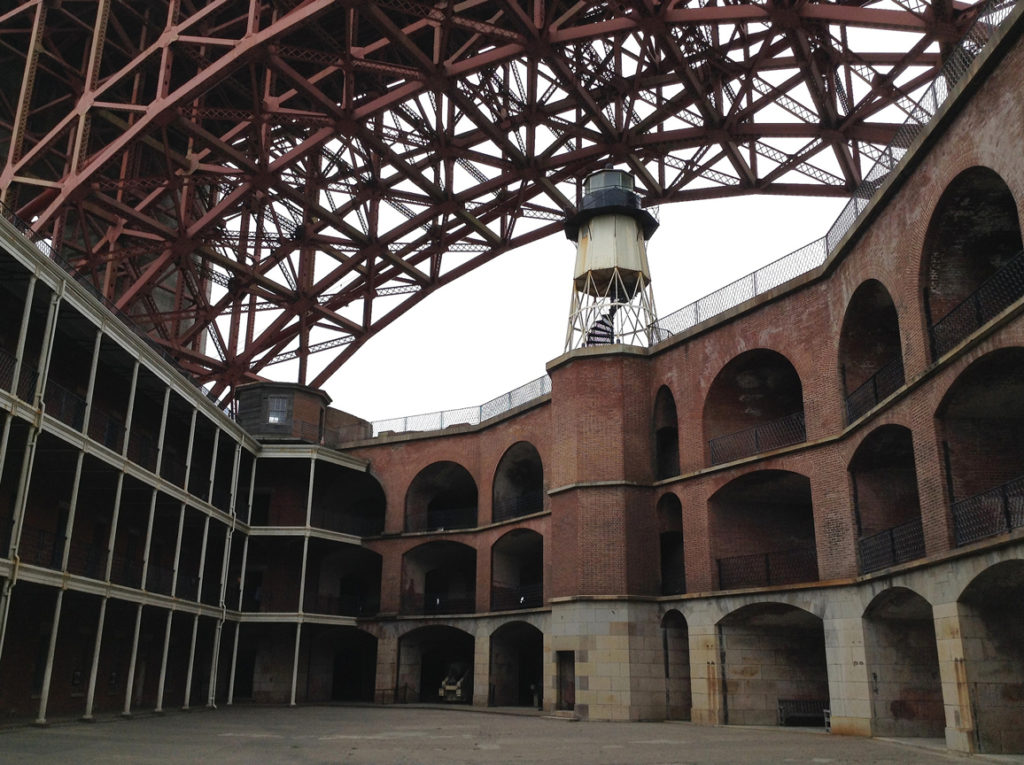 What’s the point in visiting a new place if you’re not going to learn something about the history. If you come to San Francisco, the place to do this is to visit Fort Point.

This fort was originally built for the civil war to protect the bay from attacks. However, the fort never had to be used for defense purposes. However, that doesn’t take away from the amazing history that the fort holds.

Anyone with an interest in history has to visit Fort Point. 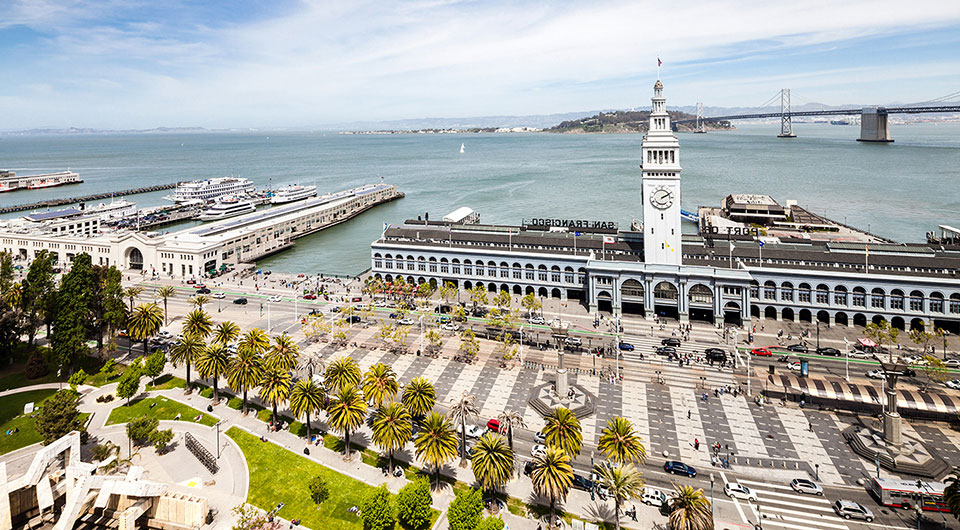 If it’s just a casual stroll around that you are after then the place you’ll want to go to is The Embarcadero. A stunning boulevard with a delightful ferry building. If you want to go to Pier 14, you can enjoy some astounding views of the city. It also has a science museum that’s a great place to bring the children. As well as having shops to explore, it’s also a wonderful place for you to be able to just walk around, and become absorbed into the city of San Francisco.

Of course, only a buffoon would visit the amazing city of San Francisco and not walk across the golden gate bridge.

This bridge is one of the worlds greatest examples of masterful engineering. As you walk across the bridge, as well as admiring the spectacular views of the city, you should also admire the crazy amount of detail and genius that went into the bridge itself.

If walking isn’t your thing, then driving across it will give you a feeling of freedom and Americanism that’s hard to find elsewhere. 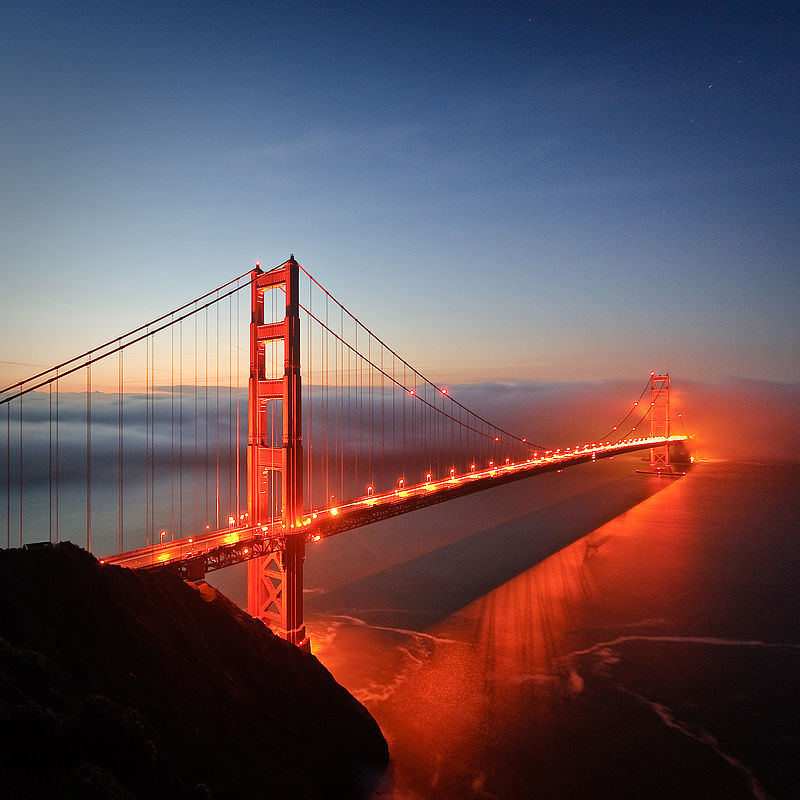 Once you’ve gone across the bridge, it’s time to take a walk in the park. Golden Gate Park to be exact.

Golden Gate Park is 20% bigger than central park. Walking by Stow Lake gives you an opportunity to relax as you watch the birds swimming along. The park is also home to statues, waterfalls, museums, and cafes.

Many of the locals have described this park as the lungs of San Francisco. Visiting the park, it becomes clear why they say this. 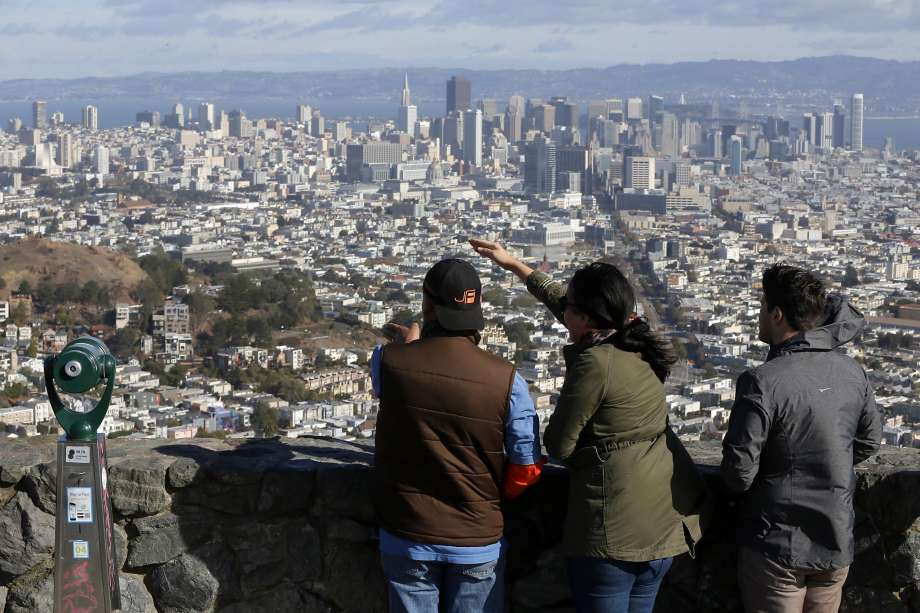 Speaking of nature, Twin Peaks are some of the most beautiful mountain ranges in the country. Whether you want to climb the hills yourself or just admire them from a distance, they’re a gorgeous place. The view of the city from the peaks is just mesmerising. Making you feel relaxed and calm but at the same time, giving you a perspective of just how big and lively the city is.

Or from within the city, the mountains provide amazing scenery.

San Francisco is a wonderful city, and if you have the opportunity to visit, then you really ought to take it.

When you’re there, be sure to visit The Fine Arts Palace, The Fisherman’s Wharf, The Financial District, North Beach, The Presidio, Pier 39, Chinatown, Fort Point, The Embarcadero, Golden Gate Bridge, Golden Gate Park, and Twin Peaks. By going to all of these places, you will experience the San Francisco that the tourists love, but also you will be involved with the people and the culture of the city.